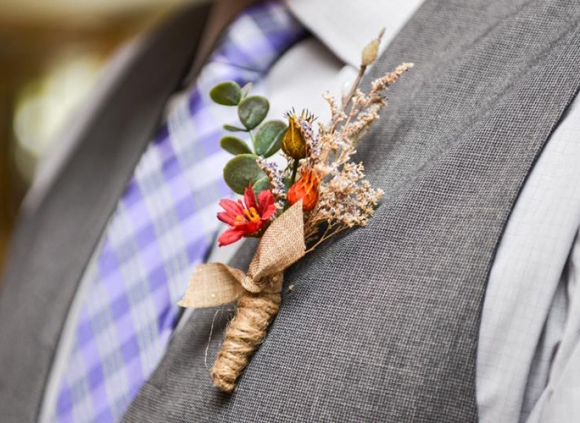 There’s always a little bit of anxiety when attempting something new, but when it’s all said and done that little bit of anxiety makes you more careful and helps to create something beautiful, like this little gem I made for a friend’s elopement. The bride, a fan of Pinterest and all things crafty, had done plenty of research. She knew the exact colors, flowers, and material, but just couldn’t find a fair-priced boutonniere that could also withstand a trip from her home in Pennsylvania to her venue in Maine… so I made one from dried and silk flowers. I generally stick with two dimensional artwork, but gave it a try. Turns out boutonnieres are fairly simple and surprisingly inexpensive to DIY.

Here are the ingredients:

-jute (or any other material to wrap over the tape)

-ribbon of any color

Start by arranging the floral elements. This is probably the hardest part, and I rely on the hippy theory that the flowers will tell you how they want to be arranged. Don’t try to force an arrangement or defy gravity.

Then wrap together with floral tape. (again, relying on the hippy theory of natural arrangement) 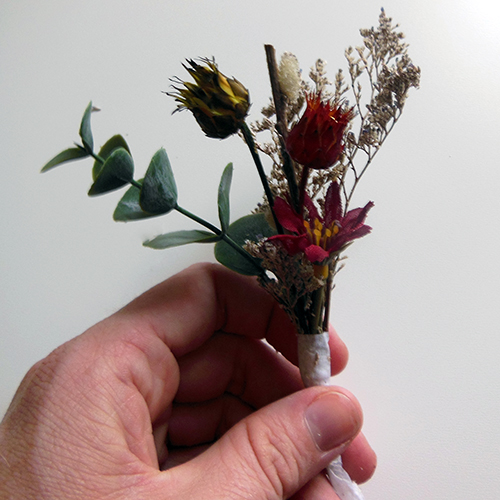 Next wrap tightly with jute…

…making sure to cover all floral tape, and knotting at the beginning, middle, and end so that it will not unravel. You wouldn’t want your artwork to unravel mid ceremony – hashtag embarrassing. 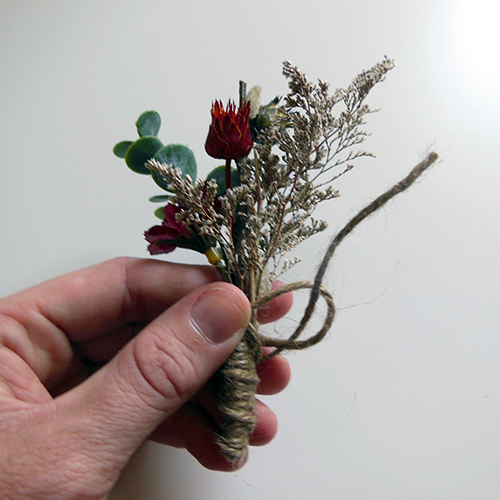 Tie ribbon around the top of the jute and cut the ends as desired.

In a little under 1 hour, I made four boutonnieres for $35 ($25 if you can find a heavenly combination of Micheal’s coupons) and had enough left over to make a centerpiece. I also learned that fake flowers aren’t just for Grandma’s kitchen table. If you’re willing to spent $7-$10 on nicely made silk or dried flowers, you can create some classy pieces. BONUS: it won’t make Cousin Tony sneeze during the reception and will last forever. 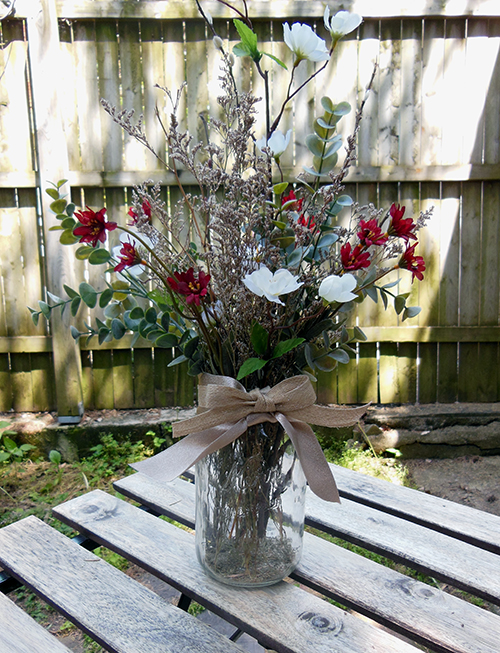 One response to DIY Boutonniere